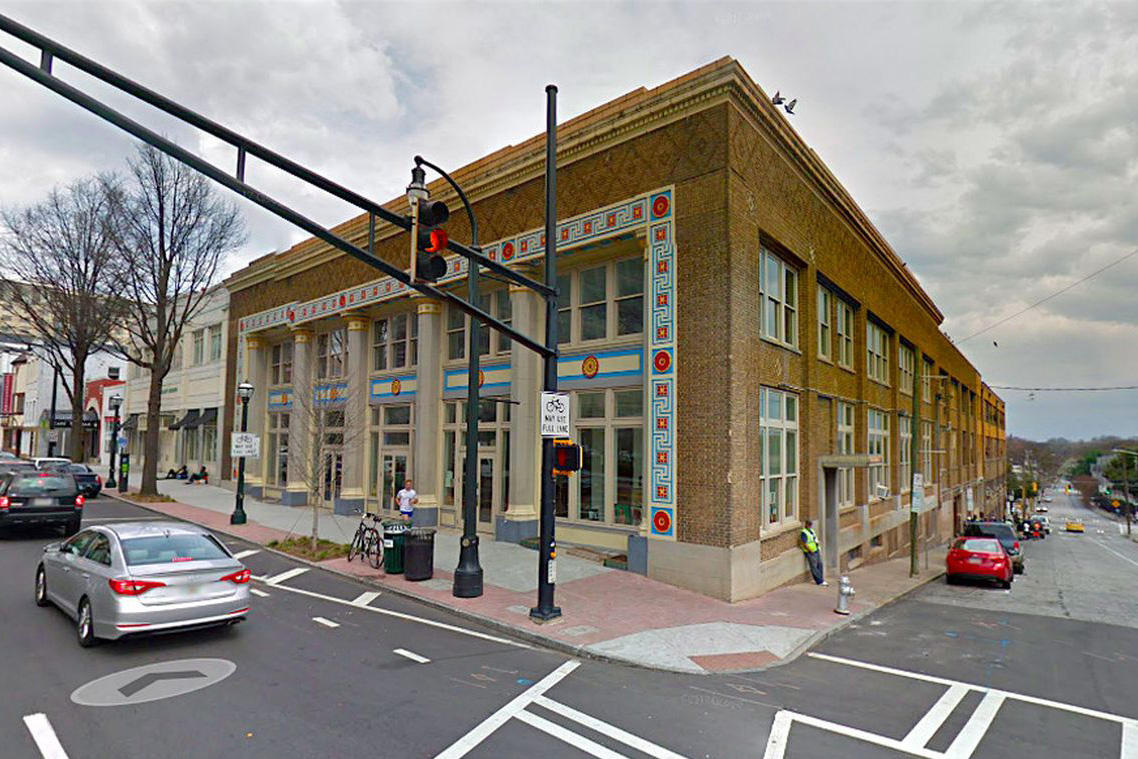 Historic Atlanta has been concerned about the fate of 477 Peachtree Street, most recently known as the Metro Atlanta Task Force for the Homeless’ Peachtree and Pine shelter, since it was purchased by Emory University in January 2019 and the rest of the block on which the building sits later that same year. The building has continued to remain vacant and the threat of demolition is imminent.

NPU-M passed a resolution in support of designating the United Motors Services Building as a City of Atlanta Landmark Building. Historic Atlanta has sent a Letter of Support for those efforts. City of Atlanta Landmark designation has been considered multiple times over the past decades for the United Motors Services Building, but it has never happened.

477 Peachtree Street was most recently owned by Central Atlanta Progress (CAP). Neighboring buildings 489, 493, and 495 Peachtree are also threatened by development. A developer (Management Group, AKA “SoNo on Peachtree”) was originally proposing to demolish these 3 buildings just north of the 477 Peachtree building for a mixed-use development, however, last we heard, they intended to retain the historic buildings and place new construction on the back side where there are now only surface parking lots.

477 Peachtree St. was constructed for the United Motors Services Building by prolific Atlanta architect A. Ten Eyck Brown in 1921. This stretch of Peachtree (and West Peachtree) below North Avenue were once known as Automobile Row, an area largely composed of automobile retail and service operations.

For the United Motors Service Building, Brown created a basically utilitarian structure with a dramatic and elegant facade. The original building ran about half the length along Pine Street between Peachtree and Courtland (1923 and 1946 additions created the current structure, which backs all the way to Courtland and reaches four stories at the rear of the sloping lot).

The facade is highly decorative with imaginative and unique ornamentation. Tuscan columns embedded in the walls divide the facade into five bays.