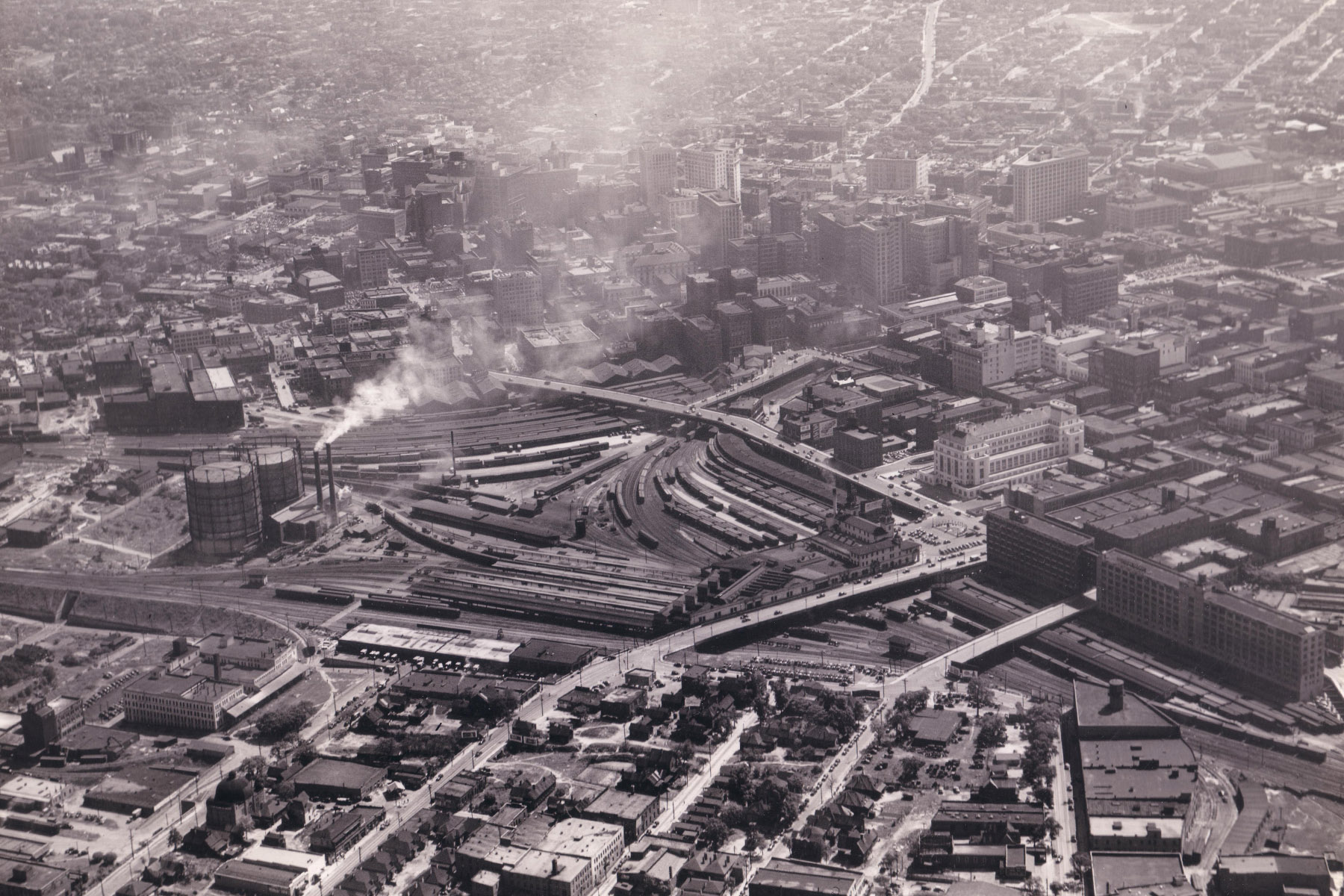 In the summer of 2018, when Atlanta and other US cities were still caught up in the frenzy of Amazon HQ2 selection, Los Angeles-based developer CIM Group made a proposal for Atlanta’s Gulch—that space filled with parking lots and a couple train tracks that spreads out from the Five Points MARTA Station to the Mercedes Benz Stadium and south Castleberry Hill—that a big company (ahem) probably couldn’t resist! The City of the Atlanta prepared to roll over in favor of the “economic benefits” that would come with private development of the very heart of historic Atlanta, but others were uneasy. City Council studied and debated the terms, much discussion ensued and a Historic Atlanta even teamed up with ThreadATL for a tour of the Gulch. In the end, the green light was given and last we heard, “The massive development will be built on platforms of parking garages, needed to lift the new neighborhood above a canyon of asphalt and railroad tracks, and to level the street grid with surrounding viaducts” (from the AJC).

As most of us know, Atlanta’s Gulch is not actually an empty, underdeveloped piece of land, underneath today’s parking lots is the very hub around which Atlanta grew to be the awesome city she is today!

Atlanta’s historic uses of the Gulch date as far back as Terminus and Marthasville, when the area that would become Atlanta got its start as the meeting place of railroads in the mid-1800s. The convergence of these railroads established the need for economic growth and development which led to a need for larger government, thus creating the City of Atlanta.

Archaeological surveying has revealed that over 200 features related to Atlanta’s early transportation and industrial history remain beneath the current surface of The Gulch. The site has been recommended eligible to the National Register of Historic Places for its significance to Atlanta’s development and its potential to yield important history about our city’s past. While further development may be imminent, we hope that the history and archaeology of this site will be highlighted in future plans.