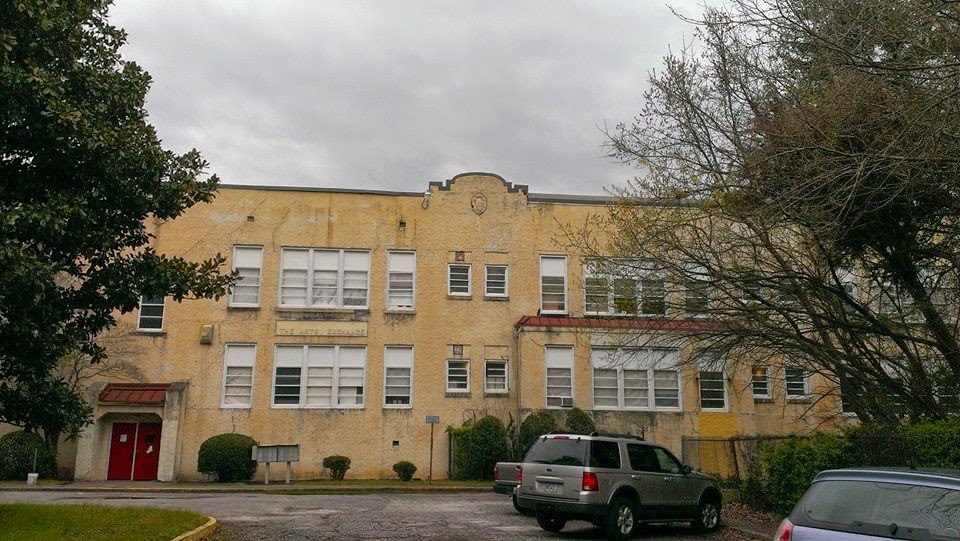 The Grant Park School was demolished in August 2018 to make room for apartments. At last report:

“The “New” Grant Park School, built in 1930 on the site of an earlier school by the same name, will be demolished to allow North Carolina-based Grubb Properties to build 240 apartments, which will complement GlenCastle.”

The demolition revealed the long-hidden west facade of the Atlanta Stockade building which is being redeveloped as GlenCastle. The c.1930 Grant Park School and the Stockade have different owners which may mean the Stockade’s facade has only been temporarily revealed.