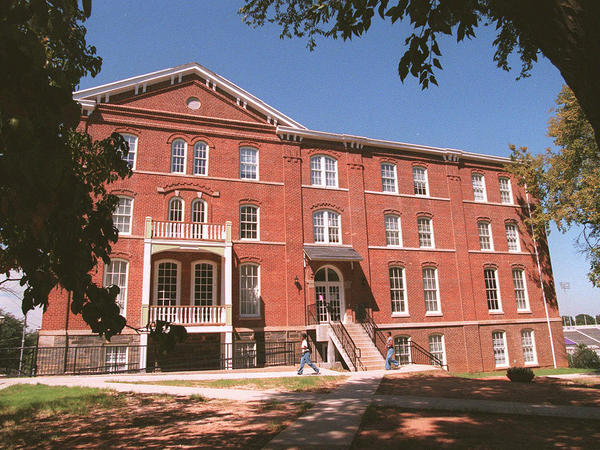 Morris Brown College occupied the original Atlanta University campus from 1932 until its bankruptcy resulted in the sale of portions of the property in 2014. With the city’s focus on revitalizing the surrounding Vine City neighborhood, the pressure to raze vacant historic buildings for future development is a serious threat. A fire on August 20, 2015 threatened to result in the demolition of Gaines Hall.

However, preservationists in the city spoke up for the stabilization and rehabilitation of the building. The Georgia Trust listed Gaines Hall on their 2016 Places in Peril list along with other Morris Brown buildings. With help from the Georgia Trust, Invest Atlanta (then-owner) awarded a contract to Carter Watkins to assess the damage and outline what it would take to stabilize Gaines Hall. The estimate for stabilization at the time was $2.58 million. In August 2017, Invest Atlanta secured a contractor to oversee the stabilization work.

Meanwhile, Gaines Hall was caught up in a complicated land swap and a court ruled in favor of Clark Atlanta University’s ownership of the Morris Brown property.

Gaines Hall and the rest of the Morris Brown campus buildings, represent a century of African-American history in Atlanta and, to quote the Georgia Trust, “present an exciting opportunity to be a part of the city’s revitalization efforts on the westside.”

The three-story brick building was designed by architect William Parkins and funded by the Freedmen’s Bureau and American Missionary Association. It has been linked to the lives of several historic figures including W.E.B. DuBois, who was a professor at Atlanta University, and Hosea Williams, an alumnus.