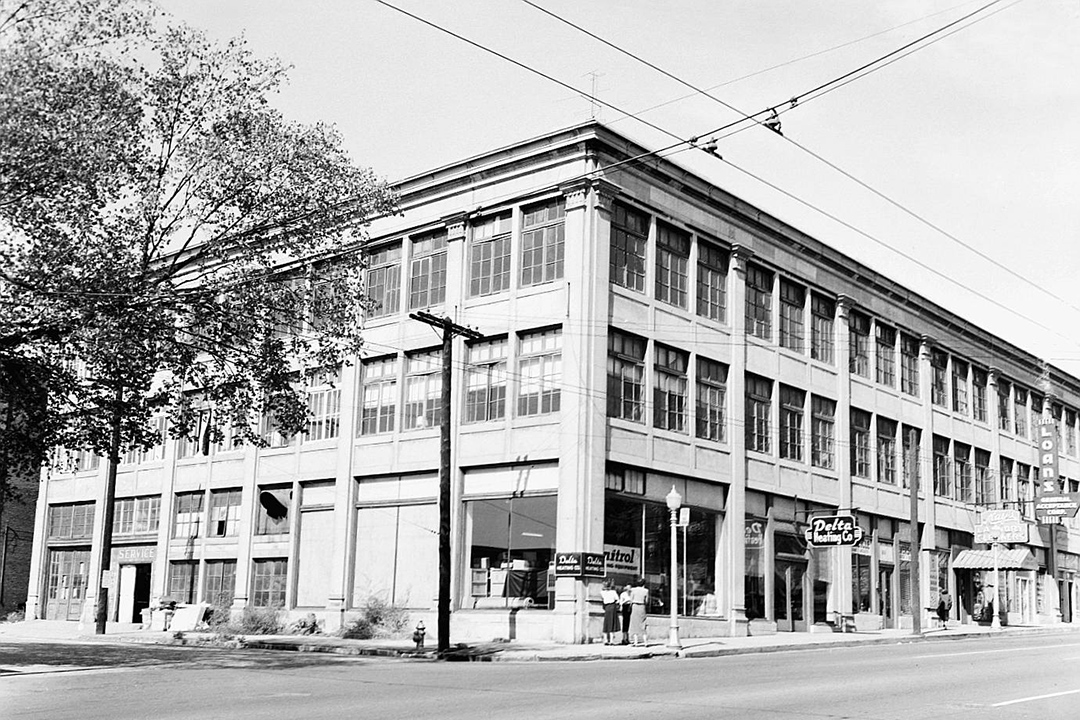 524 West Peachtree was demolished in October 2018.

The J.H. Lifsey-Smith Company abandoned their new building within a year, perhaps an indication of the swiftly changing real estate and automobile business market at this time in Atlanta. The building quickly became home to the Joseph May’s Laundry facility, who remodeled much of the building for their laundry and dry cleaning services. A March 1922 article in The Atlanta Constitution touted the May’s facility has being “one of the most modern laundry plants in the entire south.” The building continued to house a smaller automobile service business, some shops and offices upstairs but laundering remained in the primary use of the building through the 1940s.

In 1981, the building was vacant when Rosser White Davidson McClellan & Kelly, a prominent Atlanta-based engineering firm, purchased 524 West Peachtree. With architects Jova/Daniels/Busby they gutted and rebuilt the entire interior including building systems, windows and doors before moving in at the end of 1982. It was at this time that the dark 4th floor cap on the building was also added.​